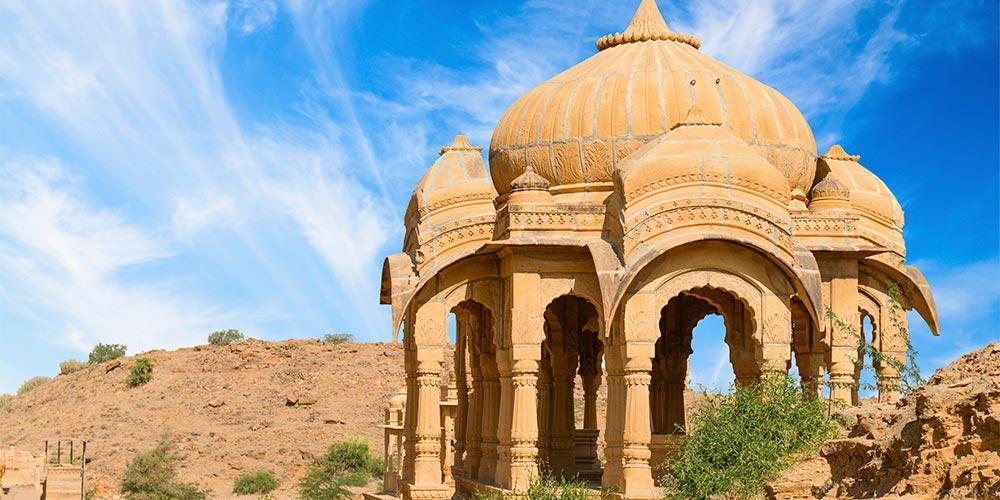 The Jain religion began in India, but its exact date of origin is unknown. The most revered and influential teacher was Mahavira. It is supposed that he lived in the 5th century and was a contemporary of Buddha. Jainism came from the word Jina which means "conqueror." In its infant stage of development, Jainism split into two sects: Digambara, mostly in south India, and Shvetambara in northwest India.

Many of the teachings of Jainism are similar to Hinduism, with a slight variation. Most of the teachings of Jainism surround the nature of the soul and liberation from bondage. Jains believe that the soul is trapped in the body by karma (physical matter) and must be liberated. The soul is eternal and reincarnates over and over again into another body. Liberation is the personal responsibility of the individual; no outside help is needed. Liberation takes place by going through all of the fourteen stages of Guṇasthāna, or "levels of virtue." This process involves moving from ignorance, lack of self-discipline and passion to attaining omniscience and self-control.

There are two groups of believers: lay people and devout Jains, known as ascetics. The lay community support and care for the ascetic group because they have taken a vow of renunciation of worldly things. The ascetic group travels by foot and live a nomadic life. In the monsoon season they stay with the lay community and teach them.

Hinduism is more than a religion; it is a way of life. Hinduism began in India and is known as Santana Dharma or eternal truth.

Sikhism was born in the Punjab state of India. Its founder, Guru Nanak, was a Hindu. Sikhs promote their religion as one that is free from meaningless rituals.

About 20 million South Asians live outside Southern Asia. Why did they migrate?