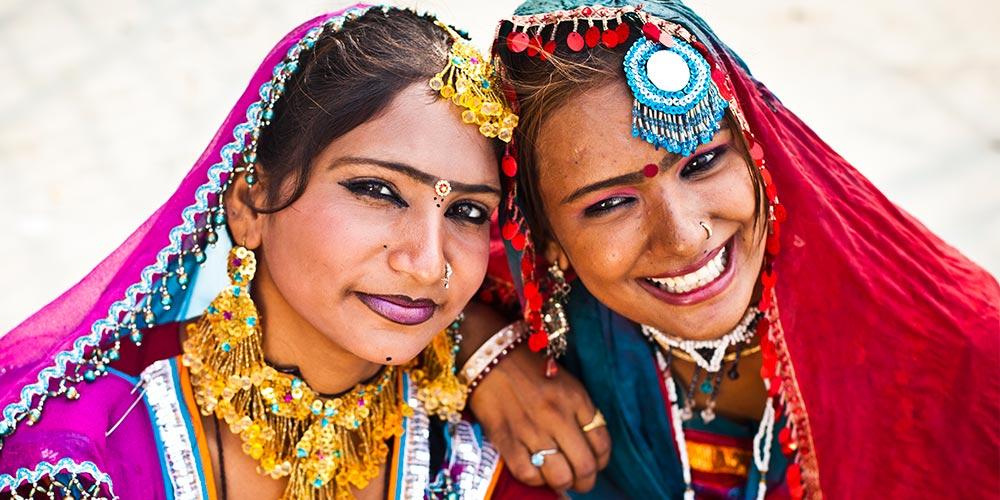 South Asia is home to one-fifth of the world’s population. The region is comprised of seven main countries: Bangladesh, Bhutan, India, Maldives, Nepal, Pakistan and Sri Lanka. It is estimated that there are 3,042 ethnic or people groups, and hundreds of languages and dialects spoken in this area. In addition, an estimated 24 million people of South Asian ancestry live outside the South Asian region.

India is the largest democratic country in the world with a population of 1.2 billion people occupying varied landscapes, from the mountainous regions in the north to the deserts of the south. Hindi and English are the official languages of India; however, every state has their own official language. India has a rich and diverse culture. Religions practiced in India include Hinduism, Sikhism, Islam, Christianity and Jainism. India's food, cultural dress, and movies are becoming well-known in most Western countries. Indian societal and family systems are built on Eastern values, i.e. family is the most important social unit, male family leadership, arranged marriages.

Nepal, a land of approximately 26.5 million people, is one of the least developed nations in the world. It is a democratic republic known for being the site of the tallest mountain in the world, Mt. Everest. Nepal’s official language is Nepali.

Sri Lanka is an island nation populated by 20 million people. Sinhalese and Tamil are the official languages; however, English is used in the educational system. Sri Lankan culture is influenced by Hinduism and Buddhism, which is visible in its cuisine and festivals. The nuclear family is important, evidenced by the fact that the wife must be the one to cook for her husband and children, even if living in an extended family group.

Bhutan is a constitutional monarchy with an official state religion, Vajrayana Buddhism. The 761,000 people living in Bhutan speak 24 different languages, though Dzongkha is the national language. The economy is based on agriculture, forestry and the sale of hydroelectric power to India. The main foods for most Bhutanese are rice, buckwheat, and maize. Archery is an important sport. In the family setting daughters inherit their parent’s house.

Bangladesh is the world’s eighth most populous country with 142 million people. The main language is Bengali, spoken by 98% of the people. English is the second most common language, spoken by the upper and middle classes and used in the educational system. Bangladesh is considered one of the world’s largest producers of fisheries, rice, potatoes, mangoes, pineapples, tropical fruits, onions, bananas, tea and jute (natural fiber). Rice and fish make up the typical diet for most Bangladeshis. Although Bangladesh has declared itself a secular state, it also claims Islam as the state religion.

The Maldives are a group of islands located in the Indian Ocean with the distinction of being the smallest Asian country, both in population and landmass. Islam is the official religion, and citizenship is granted only to Muslims. Its economy is based on tourism because of its white sand beaches, tropical climate, and coral reefs. Its official language is Dhivehi.

Pakistan is the sixth most populated country in the world with 180 million people. About 97% of the population is Muslim. The society is hierarchical and maintains traditional Islamic values i.e. society adopts the kinship system rather than the caste system. It is estimated that Pakistan has a diaspora community of about 7 million that live aboard.